Home Bodies
Join us! We are getting in shape, no gym required 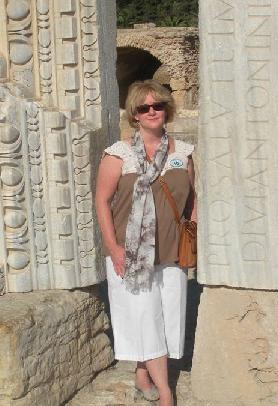 Janet loves having the energy to do everything she wants to do in life!

“Although I would never consider myself athletic, I was very active and skinny as a kid. I was outside all the time. I grew up in a small town with little to do. I ice skated on a back yard ice rink winters as well as playing in the snow building ‘forts.’ Summers were spent biking with my friends and playing in the pool. I was never a part of a team and not very good at school athletics.

In 7th grade I tried out for and made the JV cheerleading team, but that was a disappointment due to bratty, catty, girls and I quit after one season. In college, I was a cheerleader for my freshman and sophomore years, truly a better experience. However, after college like most, I found fitness to be tougher and tougher to fit into my life on a regular basis.

Over the years I would join various workout programs, sometimes at work, through the hospital, sometimes a local gym or workout club. I lost interest after several months, usually because I was tired after work, didn’t want to prolong my day any later, hated to have to change into anything other than pajamas, or didn’t want to deal with people in an intense environment. I, like many others I’m sure, wasted hundreds of dollars on memberships. I did have two other personal trainers, both men, and certainly helpful, getting me motivated as well as achieving results, but again, the gym environment was a deterrent.

I found Home Bodies online after looking into yet another local advertisement for a women’s workout club. I knew that I needed something personal, private, and tailored to my needs and time constraints. Luckily, this led to my meeting Angela, a perfect fit for my time and health needs.

As an older woman who surely is dismayed by her body’s hormonal betrayal, I felt timid to have a trainer that was intent on producing a body builder or marathon runner. Luckily, Angela put me right at ease. I was first impressed with her education and certification. She is truly a knowledgeable professional. From our first meeting, she taught me so much about nutrition and what my body needed to be healthy and work effectively. As a nurse practitioner, I thought I had a good sense of nutrition and metabolism, but I was sabotaging my own work out programs with inappropriate nutrition.

Angela taught me skills and exercises that I can do anywhere without special equipment. These are skills that I can use for the rest of my life. This is an investment in me- my health and well being. I fight genetics regarding obesity, and I fight life with all of its inconveniences and excuses not to maintain daily diet and exercise. But thanks to Angela, I’ll always have the tools that I need to make changes and have control over my own

I’m grateful to have met Angela, at a time when much in my life is chaotic as I leave all that I have known so far and move to Texas and a new life. She has been instrumental in keeping me focused on achieving my goals of improved nutrition and strengthening. I feel much more confident beginning a new chapter of my life thanks to her guidance. I hope to keep in touch with Angela even after moving as I certainly consider her a dear friend as well as my trainer.”

Would you like your very own in home personal trainer?

No problem! Grab a Price Quote today, or check out Our Programs.

Have your say about what you just read! Leave me a comment in the box below.